UNBELIEVABLE: Look Who Gets to Question the GOP Candidates Tomorrow

What is the RNC thinking???

As Michelle Malkin noted on Twitter this afternoon, the Fox News/Google GOP debate tomorrow will feature three YouTube “stars” who will have the special privilege of asking questions of the candidates. 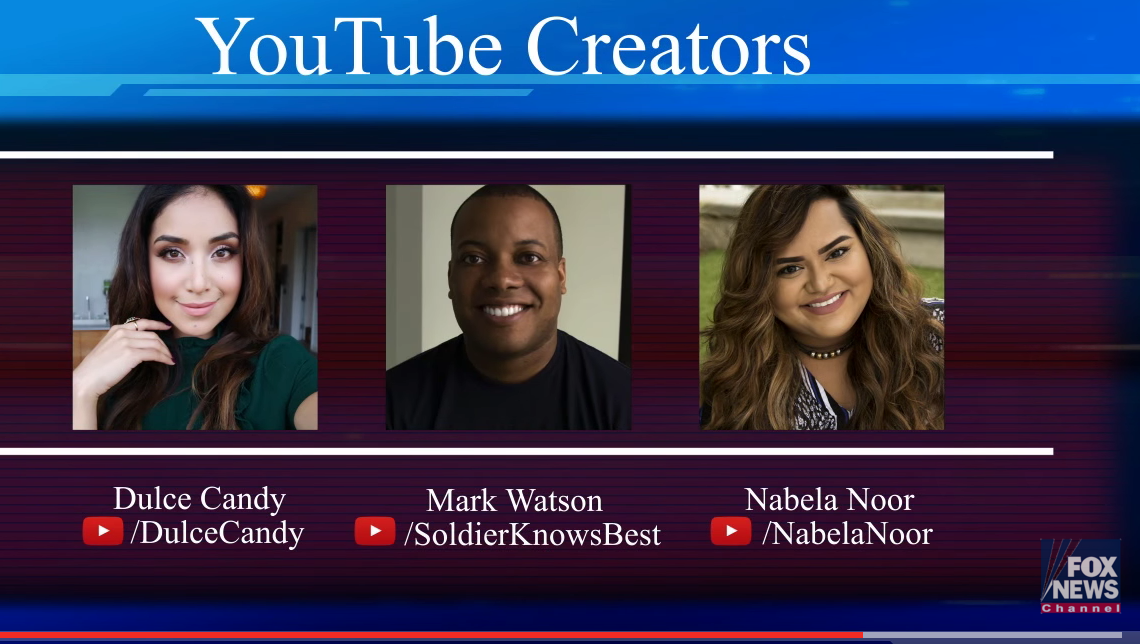 Dulce Candy entered the U.S. illegally from Mexico in 1994, as she shared in a YouTube video here:

These participants were apparently approved by the RNC, according to a YouTube flack who spoke with Neil Munro of Breitbart.com:

The two companies announced Tuesday afternoon that the anti-Trump Muslim advocate would be allowed to play a role in the debate.

Google is teaming up with the Fox News Channel for the final Republican debate in Iowa on Thursday, January 28, 2016, and integrating three new components into the debate to help people get informed before they head to the polls, including a way to hear directly from candidates on Google; real-time Google Trends data; and questions from three of YouTube’s most prominent voices—Nabela Noor, Mark Watson, and Dulce Candy — who will join the moderators in the debate to ask the candidates a question on an issue that matters to them and their communities.

The Republican National Committee also approved the choice of Noor, an L.A.-based press aide for YouTube, Jackie Cavanagh, at MPRM Communications, told Breitbart. “I believe” she was chosen by YouTube, with help from the RNC and Fox, she said.

“YouTube creators were selected in collaboration with Fox based on things such as audience size and their ability to bring a new, fresh perspective to the most important issues of our time. Fox informed the party/candidates of the format,” said a p.r. person.

Maybe Trump was smart to miss it.

Source: Look Who Gets to Question the GOP Candidates Tomorrow

Next post Fox Gets Devastating News After Trump's Big Announcement