PHOTO: Can You See the Infuriating Thing Obama Did to White House for the Chinese? Look Closely… Seven years into his presidency, we’ve grown accustomed to seeing and hearing President Barack Obama go out of his way to throw Christianity under the bus while catering to his radical Islamic friends.

Now, in a stunning new move, Obama has repeated this pattern. But this time, it was with communists.

Obama’s White House went out of its way to invite a transgender woman, a pro-abortion nun, a gay Bishop and scores of other activists for Pope Francis’ historic visit to the United States, according to CNS News.

But when it came time for China’s President Xi Jinping to meet with Obama at the White House, which drew a large crowd of people outside of the president’s home who were protesting against China’s human rights violations, Obama made sure the Chinese president wasn’t bothered by them.

The White House erected large, white screens that acted as giant walls in order to prevent the Chinese President from seeing the hordes of protesters outside of the gates. 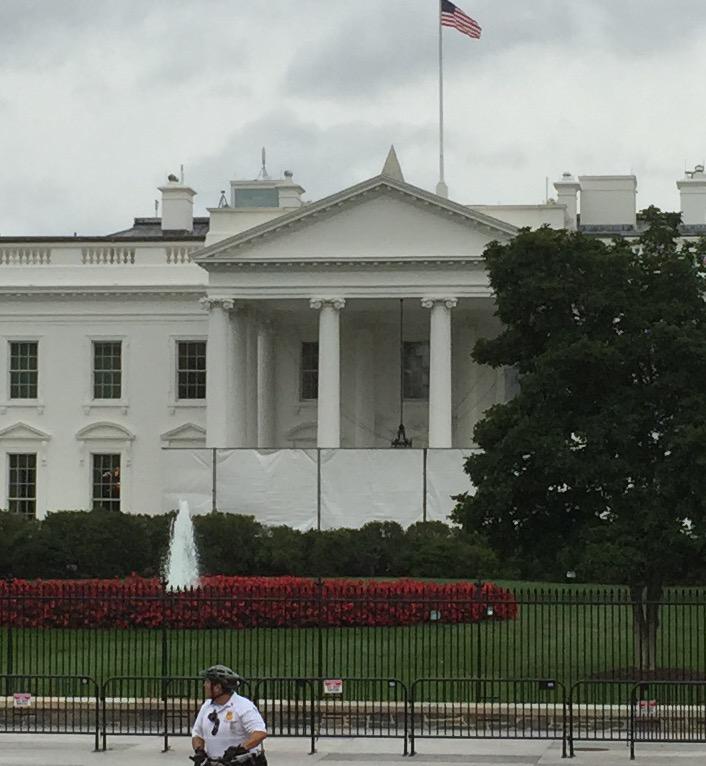 Of course Obama takes extra measures to placate a communist, yet spits in the face of conservatives, Christians, gun rights advocates, and anyone else he deems beneath him and his agenda for our nation.

Source: PHOTO: Can You See the Infuriating Thing Obama Did to White House for the Chinese? Look Closely…

Next post SHOCK: Document You May Soon Need to Fly Proves Obama's Globalism is Taking Over America

Previous post WRATH: ISIS Forces Get Hit With What Some Call Biblical Plague... And It's Going to Kill Thousands