After three years, Israeli archaeologists have pieced together several ceramic fragments uncovered during a dig in the Valley of Elah, a place best known for the battle between David and Goliath as described in 1 Samuel.

The Israeli Antiquities Authority made an announcement Tuesday about the discovery and deciphering of the ancient text found on a 3,000-year-old jar reconstructed from the fragments.

Yosef Garfinkel from Hebrew University’s Institute of Archaeology and Saar Ganor of the Israel Antiquities Authority led an excavation in 2012 during which time the archaeologists found potsherds with individual letters of Canaanite script inscribed on them. 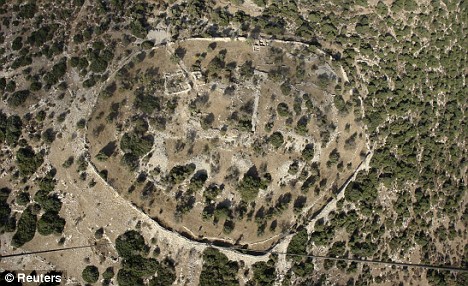 The archaeological site called Elah Fortress, or Khirbet Qeiyafa, seen in an undated aerial photograph, where the shard was found

The individual potsherds were then carefully pieced together and experts in the language were able to decipher the text which spelled out a name: Eshba’al Ben Bada’.

What makes this find so significant is that, according to the Israeli researchers, this was the first time an inscription of “Eshba’al” — which appears in the Bible — has been found in an archaeological excavation in Israel. 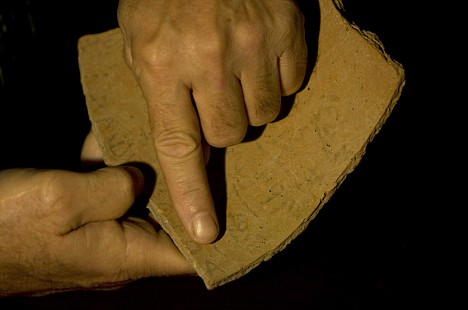 Eshba’al, also known as Ish-bosheth, was the son of King Saul who ruled the Kingdom of Israel after his father and three brothers died in the Battle of Gilboa as described in 1 Samuel and before David, who ruled Judah, united he two kingdoms several years later.